War Stories Episode 9: To kick off the Starrcade timeline in 1983, Jim Crockett Promotions intended to have the NWA World Heavyweight champion Harley Race drop the "Ten Pounds of Gold" to a younger star in the form of Ric Flair - a torch passing from the established old guard to the ace of the next generation.
Champion and challenger were each masters of their craft, and the months of build to the title fight had been impeccable. The only thing that could ruin this historic encounter would be if somebody with more than a little sway (a certain Vince McMahon) managed to steer the champion away from doing the honours.
JOIN US and hit SUBSCRIBE!
Support Cultaholic on Patreon: www.patreon.com/cultaholic
Unlock Cultaholic badges & emojis on USlikes:
uslikes.info/to/jcPJbFDwVZZELGG38q2cLQ.htmljoin
Website: cultaholic.com/
Merch: www.cultaholicshop.com
Twitch: twitch.tv/Cultaholic
Twitter: Cultaholic
Facebook: Cultaholic
Instagram: cultaholicwrestling
Discord: www.cultaholic.com/discord
Cultaholic provides video coverage of professional wrestling - including WWE (including WWE Raw, WWE SmackDown, NXT and 205 Live), AEW, IMPACT Wrestling (formerly TNA), NJPW, ROH, and more with daily news updates, reviews, lists, highlights, predictions, reactions, podcasts and much, much more. 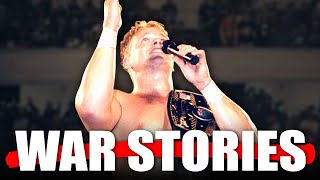 War Stories: Shane Douglas Throws Down The NWA Title, Ushering In The Era Of ECW 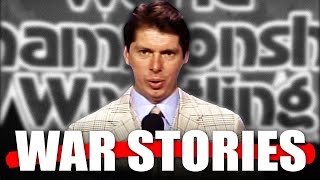 The New Spider-Man Title is…

War Stories: Flair, Bischoff, Threats, and a Near Jump to WWE In 1998

Every WCW Starrcade Ranked From WORST To BEST

The New Spider-Man Title is…

The Herd with Colin Cowherd

Edge to Roman, ‘Do you really want me to expose the dents in your armor?' | FRIDAY NIGHT SMACKDOWN